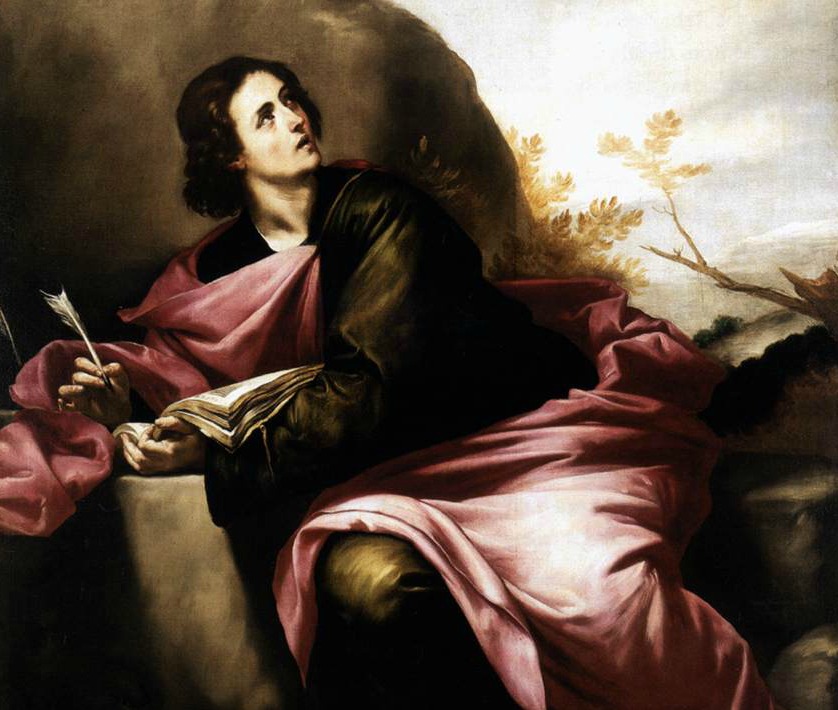 Elder Heber C. Kimball recorded an appearance of John in the Kirtland Temple:

“When the Prophet Joseph had finished the endowments of the First Presidency, the Twelve, and the Presiding Bishops, the First Presidency proceeded to lay hands upon each of them to seal and confirm the anointing; and at the close of each blessing the whole of the quorums responded to it with a loud shout of Hosanna! Hosanna! etc.

While these things were being attended to the beloved disciple John was seen in our midst by the Prophet Joseph, Oliver Cowdery, and others.”  (In Whitney, Life of Heber C. Kiimball, pp. 91-92.)

According to John Whitmer’s account of a conference of the Church on June 3, 1831, in Kirtland, Ohio, “the Spirit of the Lord fell upon Joseph [Smith] in an unusual manner, and he prophesied that John the Revelator was then among the Ten Tribes of Israel who had been led away … , to prepare them for their return from their long dispersion” (in History of the Church, 1:176).

Born July 1, 1855 in Salt Lake City, Orson F. Whitney, a poet, historian and apostle, was the grandson of one of the original twelve apostles under Joseph Smith, Jr., Heber C. Kimball.  At twenty-one he was called to serve a mission to preach in Pennsylvania, the first of his many mission fields over the years.

Elder Whitney admitted that during this time he was still not fully committed to the work of spreading the gospel. He wrote of a dream that completely turned him around:

“I thought I was in the garden of Gethsemane, a witness of the Savior’s agony. I seemed to be standing behind a tree in the foreground of the picture, from which point I could see without being seen. The Savior, with the Apostles Peter, James and John, entered the garden through a little wicket gate at my right, where he stationed them in a group, telling them to pray. He then passed over to my left, but still in front of me, where he knelt and prayed also. His face, which was towards me, streamed with tears, as he besought the Father to let the cup pass, and added, ‘not my will but thine be done.’ Having finished his prayer, he arose and crossed to where the Apostles were kneeling fast asleep. He shook them gently, they awoke and he reproved them for their apathy. Again he bade them pray, and again crossed to his place and prayed, returning as before to find them sleeping. This happened three times, until I was perfectly familiar with his face, form and movements. He was much taller than ordinary men, and though meek, far more dignified than any being I had ever beheld; and he wore a look of ineffable tenderness and compassion, even while reproving His disciples. My heart went out to him as never before to anybody or to anything; I loved him with all my soul. I wept at seeing him weep, and felt for him the deepest sympathy.

“Then of a sudden the circumstances changed, though the scene remained the same. Instead of before the crucifixion, it was after. The Savior and the three Apostles, whom he had beckoned to him, now stood in a group at the left, and were about to take their departure, ascending into heaven. I could endure it no longer, but rushed out from behind the tree, fell at his feet, clasped him around the knees and begged him to take me also. With a look of infinite tenderness, as of a father or an elder brother, he stooped, lifted me up and embraced me, saying as he did so in the kindest and gentlest manner possible, while slowly shaking his head and sweetly smiling, ‘No, my son, these can go with me; for they have finished their work; but you must stay and finish yours!’ Still I clung to him, and the contact was so real that I felt the warmth of his bosom as I rested upon it. Gazing up into his face, I once more besought him, ‘Well, promise me that I will come to you at the last.’ Again he smiled sweetly, and there was a look as if he would have gladly granted my request had it been wise to do so. He then said, ‘That will depend entirely upon yourself.’ I awoke with a sob, and it was morning. This dream made a wonderful impression upon me, paving the way to my thorough conversion, which soon followed. Among the things it taught me was not to sleep at my post, and to regard first the duties of my mission, and not allow anything to interfere with them.” (Source: Jensen, Andrew, “Latter-Day Saint Biographical Encyclopedia: A Compilation of Biographical Sketches of Prominent Men and Women in the Church of Jesus Christ of Latter-Day Saints,” Oct 2005)