Following the April 1899 sessions of general conference, President Snow felt impelled to again seek the Lord in earnest prayer for wisdom in solving the Church’s financial problems. He received no immediate answer. He was nevertheless impressed that he and other General Authorities should visit St. George and other settlements in southern Utah. At least sixteen of the Brethren, including President Joseph F. Smith, and their wives accompanied him. At the time of their visit the settlements of southern Utah were experiencing a severe drought.

On Wednesday, 17 May 1899, at the opening session of the conference in the St. George Tabernacle, President Snow told the Saints that “we are in your midst because the Lord directed me to come; but the purpose of our coming is not clearly known at the present, but this will be made known to me during our sojourn among you.” 10

LeRoi C. Snow, son of the President, who was reporting the conference for the Deseret News, recalled what happened: “All at once father paused in his discourse. Complete stillness filled the room. I shall never forget the thrill as long as I live. When he commenced to speak again his voice strengthened and the inspiration of God seemed to come over him, as well as over the entire assembly. His eyes seemed to brighten and his countenance to shine. He was filled with unusual power. Then he revealed to the Latter-day Saints the vision that was before him.” 11

President Snow told the Saints that he could see that the people had neglected the law of tithing and that the Church would be relieved of debt if members would pay a full and honest tithing. He then said that the Lord was displeased with the Saints for failing to pay their tithing and promised them that if they would pay their tithes the drought would be removed and they would have a bounteous harvest.

Following the conference session, President Snow was again impressed that the solution to the Church’s financial problems lay in the payment of tithing. In meetings held at Leeds, Cedar City, Beaver, and Juab, other southern Utah communities, he delivered powerful discourses relative to this gospel principle. In Nephi, in central Utah, a remarkable meeting was held where President Snow mentioned the revelation he had received on the law of tithing and “commissioned every one present to be his special witness to the fact that the Lord had given this revelation to him.” 12

At Church headquarters, President Snow again spoke powerfully about tithing at the Mutual Improvement Association conference in June. Elder B. H. Roberts then made a motion, which was unanimously adopted, that the Saints accept the doctrine of tithing now presented. Visibly moved, President Snow stood up and declared, “Every man who is here, who has made this promise, will be saved in the Celestial Kingdom.” 13

Tithing was preached in all the stake conferences, and a year later President Snow reported that the Saints had contributed twice as much tithing during the past year as they had paid the previous two years. Under inspiration, he had set in motion the program that would, by 1907, completely free the Church from debt. Many Saints testified that not only were the windows of heaven opened to save the Church, but those who followed this divine law were spiritually and temporally blessed as well. 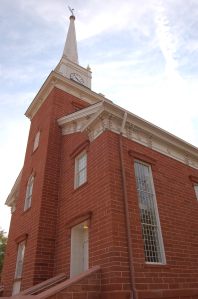